Understanding the History of Slavery And Its Impact on American Culture

Racism in America: How much do we really understand about the colonization of North America? What drove the Europeans to North America? What did the early colonizers hope to gain from colonizing? How much do we really know about the constructs of slavery and the policies and laws established to keep this system in place? Looking through a historical lens, this seven part series will delve deep into why slavery came into existence and how slavery was constructed. We will analyze the impact of racism and “illuminate the efficient systems–both dejure and defacto–that were put in place” to control and “dehumanize African Americans,” a system of segregation and discrimination that is threaded deeply into our social system, which still permeates in our society today.

Europeans, Native Americans and Africans: The Origins of Slavery and Race Prejudice in the Americas 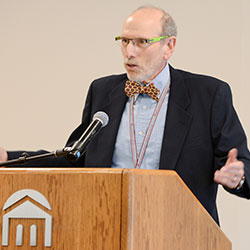 Dr. Shatzman, will feature vivid visual evidence from English, French and Spanish America—including the first image of Native Americans to circulate widely in Europe—that will help us to understand the reasons for colonization, the expectations of the colonizers, and the attitudes of Europeans to both the peoples they encountered in the New World and the people they brought here from Africa. He will conclude with a discussion of two vastly different interpretations by historians of the nature and impact of slavery on the masters and the slaves.

The Construction of Race: Slavery, the Law, and Society 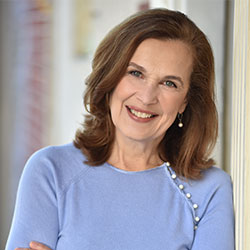 Dr. Kerrison will explore the construction of race in English North America. An examination of a series of laws passed by the Virginia House of Burgesses (the colonial assembly) traces the incremental and intentional steps of this process. With each law, we ask two main questions: What are its deeper implications and what did the legislators stand to gain from it? By the end of the session, participants will understand why it is possible to have racist outcomes even without racist intentions. That is, they will have seen the ways in which the law institutionalizes racist attitudes while it also promotes and legitimizes racist practices, in mutually reinforcing ways.

The Construction of Race: Color, Condition, and Citizenship

In this follow-up session, Dr. Kerrison will show how, from the Revolutionary era through the antebellum period, skin color became determinative of a person’s condition as free or enslaved. This session traces how those formerly porous boundaries of condition become calcified, as whiteness became associated with freedom and blackness with enslavement. This racialized regime comes to define the limits of citizenship as well, as white Americans become increasingly unable to imagine a republic composed of white and Black citizens. Defined out of citizenship and relegated to menial labor by the Civil War, Black Americans will face an uphill climb even after the abolition of slavery in 1865.

Abandoned and Violated: African Americans in the Jim Crow South, 1877-1945 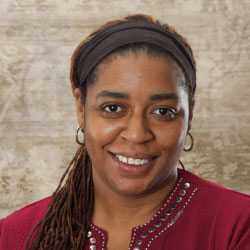 Dr. Napson-Williams will discuss the rise of Jim Crow, a system of segregation and discrimination that took hold in the South after Reconstruction. This lecture will illuminate the efficient systems-both dejure and defacto-that were put in place. Jim Crow policies sought to exclude and dehumanize African Americans as they moved through Southern communities attempting to work, to vote and simply to exist. In addition, the bodies of African Americans were violated through acts of violence- including lynching, race riots and an unequal justice system. Thousands of men, women and children, accused of crimes, dangled at the end of a rope. Others faced swift injustice in Southern courts. Jim Crow policies ruthlessly perpetuated and enshrined African American subordination throughout most of the twentieth century.

What Laws Were Created in the 20th Century that Further Perpetuated Racism and How Do These Laws Still Impact Us Today? 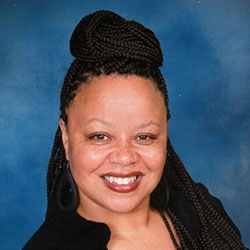 Mrs. Dunbar-Keeys will delve into the how racism was proactively created and how it continues to affect American culture today. By the end of this session, participants will have a better understanding why these laws were created and how 20th Century policies influence our thinking today.

White Fragility and White Privilege: Unpacking the Truth of Racism 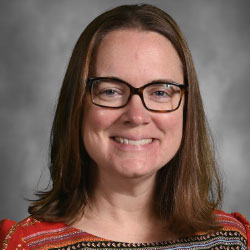 Mrs. Ostendorf will examine the invisible force of racism and how even "nice" white people perpetuate racism in the United States. Using the work of Peggy McIntosh and Robin D'Angelo, among others, she will unpack the “invisible knapsacks” of white privilege and fragility in America. The first is the seemingly invisible white privilege in American society, and the second is the defensiveness many white people have around issues of race. By the end of the session, participants will be able to recognize fragility around racial issues and how, after decades of civil rights activism, racial inequality still permeates in our society.

What Are We Doing Today That Continues to Perpetuate Racism and What Can We Do, as a Society, to Proactively Destroy Racism?

The Richard K. Bennett Distinguished Lectureship for Social Peace and Justice is supported through an endowment made from the William Penn Foundation through the Bennett Fund of the Montgomery County Community College Foundation.