New police officers are ready to serve the community

MCCC’s Interim Vice President of Academic Affairs Gloria Oikelome, Ed.D. and MCCC’s Dean of Business and Entrepreneurial Initiatives Gaetan Giannini, Ed.D. congratulated and thanked the graduates for the important role they will serve in the community.

“I encourage you to take the sense of justice, fairness and equity instilled in you through this program and serve the community, showing what you learned at Montco,” Dr. Oikelome said. “As a college we stand with you, fully support you and wish you all the best.”

Guest speaker, David Boyer, Chief of the Spring Ford School Police and one of the instructors at the Municipal Academy, reminded the graduates to keep learning and growing.

“Think about the best version of you what you want to put out there about yourself to the community. Take pride in yourself,” he said. “Have a plan, have a contingency plan and never stop learning.”

Police Academy Director Jude T. McKenna recognized the accomplishments of the Class of 1902, including the valedictorian and awards.

Earning the highest grade point average of 96, Daniel Heyduk was named valedictorian. Lt. Scott Sloss received the Platoon Leadership Award for his leadership skills. The Sgt. James R. Miller Marksmanship Award was presented to Derek Weiss, who had a score of 99.6. The Spirit of Distinction award went to Kevin Witchey for his enthusiasm and persistence.

During the ceremony, family members of the late East Norriton Police Chief John J. McGowan, III, presented a check for a $2,500 scholarship named in his memory to Derek 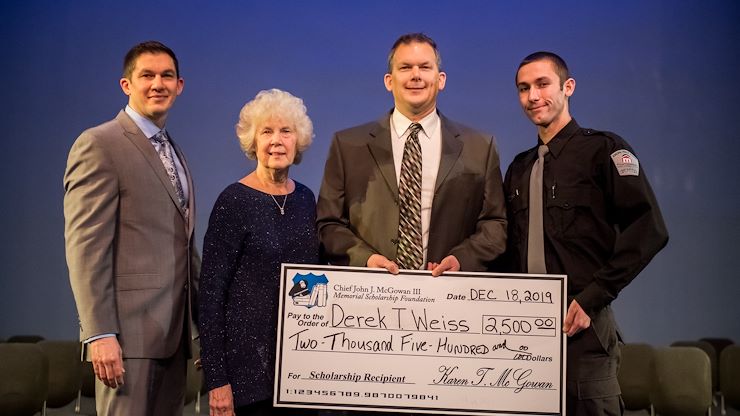 Weiss. The McGowan family started the scholarship fund in memory of their husband/father, John McGowan, who died in a motorcycle accident in 2010. The scholarship is awarded annually to a cadet who has successfully completed the program and is financing his or her own tuition.

Representatives from the Quest for the Best® charitable foundation, President Taras M. 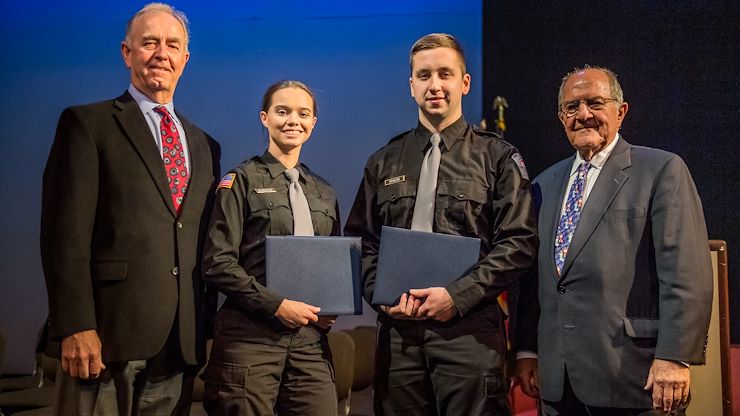 Since 1973, the Municipal Police Academy has been the training center for more than 3,500 cadets with a consistent graduation rate of more than 90 percent. The 919-hour 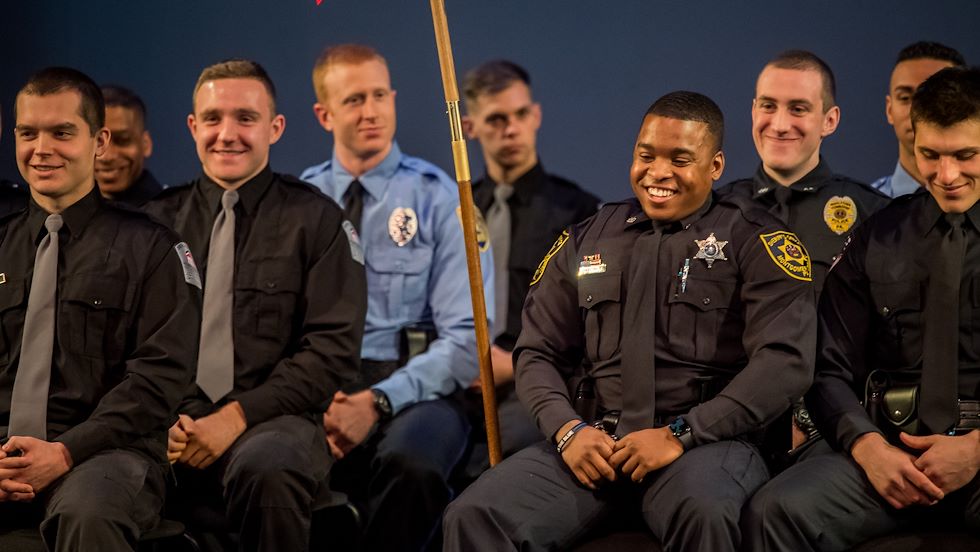 curriculum allows successful students to articulate up to 15 credit hours toward an associate’s degree in Criminal Justice Studies. The Academy is certified by the Commonwealth of Pennsylvania through the Municipal Police Officers’ Education and Training Commission. Many of the Academy’s alumni serve as officers and in leadership roles throughout Montgomery County and the region.