New police graduates are ready to protect and serve their communities

The golden sunset provided the perfect backdrop for Montgomery County Community College’s inaugural drive-in graduation ceremony for the 31 cadets of the College’s Municipal Police Academy during the evening of Oct. 2 at the Blue Bell Campus. 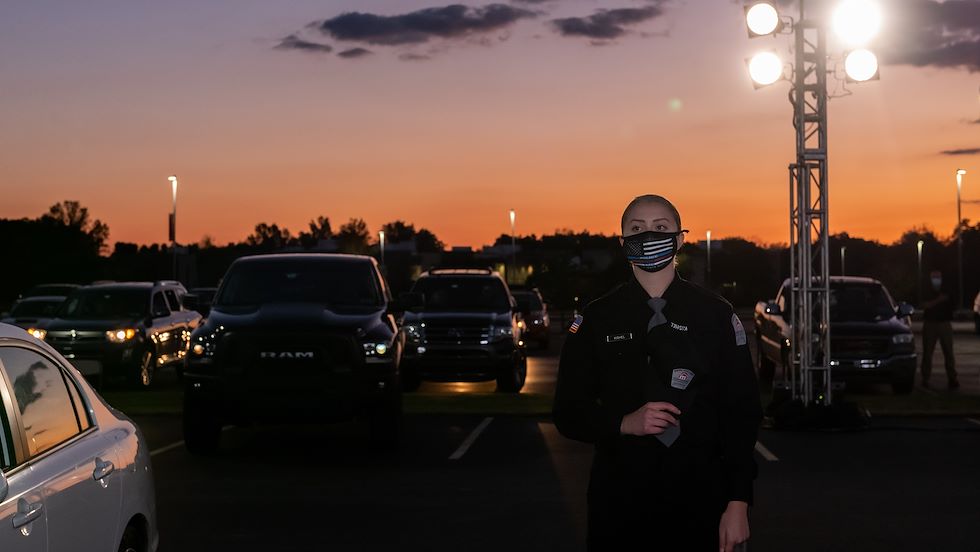 Family and friends gathered in parked cars watching the ceremony begin with the Lower Merion Township Police Department Color Guard followed by the singing of the National Anthem by Police Officer Samantha Smith of the East Norriton Township Police Department. Montgomery County Sheriff Sean Kilkenny, who serves on MCCC’s Board of Trustees, welcomed everyone and congratulated the graduates in a video-recorded message before the ceremony. The ceremony was shared virtually via livestream. 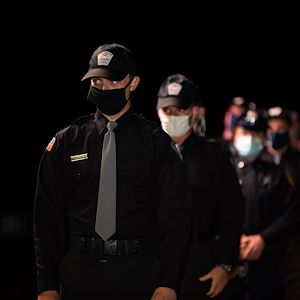 Frank X. Custer, Chair of MCCC Board of Trustees, Dr. Victoria Bastecki-Perez, MCCC President, and Dr. Gloria Oikelome, MCCC Vice President of Academic Affairs, congratulated and thanked the graduates for the important role they will serve in the community.

“Challenges require us to tap into our inner strength, a strength we may not realize we have until moments like this when we find ourselves in the midst of a global pandemic,” said Dr. Bastecki-Perez. “You also learned during this time to rely upon each other and your Montco family, who was there for you every step of the way, and will continue to be there for you throughout your career. I’m proud to acknowledge that every cadet who started this class is graduating tonight. No Mustang was left behind!”

Dr. Oikelome noted that the cadets would be joining the more than 3,500 other graduates who have completed the rigorous 919 hours required of the program.

“As you embark on your careers in law enforcement, I encourage you to take the sense of justice, fairness and equity instilled in you through this program and demonstrate what you have learned at Montco within the communities where you will serve and protect all citizens.” 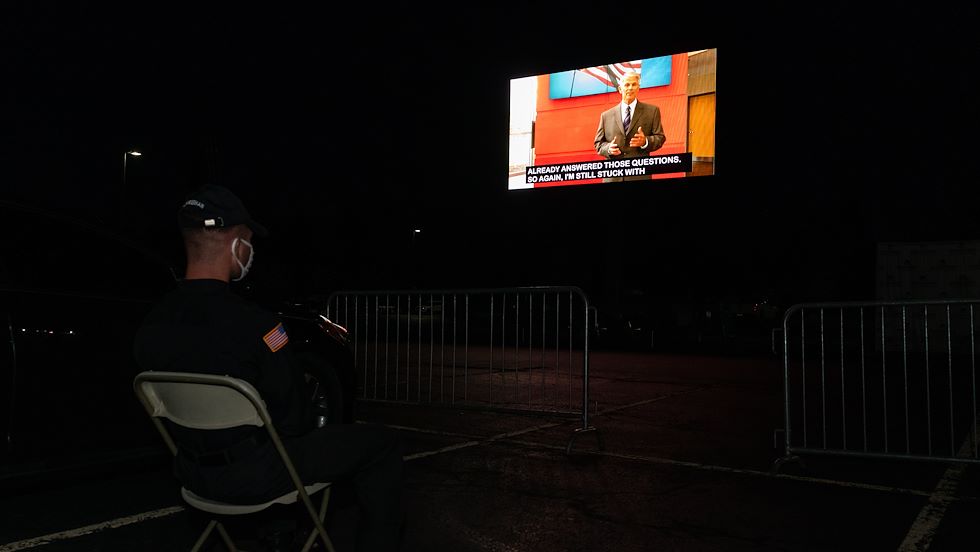 Guest speaker, Robert Sands, one of the instructors at the Police Academy and trainer for the Abington Police Department, told the graduates that this is “the greatest job in the world because it matters.”

“No other job gives the kind of reward that law enforcement does,” said Sands in a video-recorded message. “In law enforcement, you don’t get to pick the day, the day picks you. So you have to be prepared for that day. Is it worth it? I say to you, ‘absolutely, it’s worth it.’”

Hill recognized the accomplishments of the Class of 20-01, including the valedictorian and several special awards. 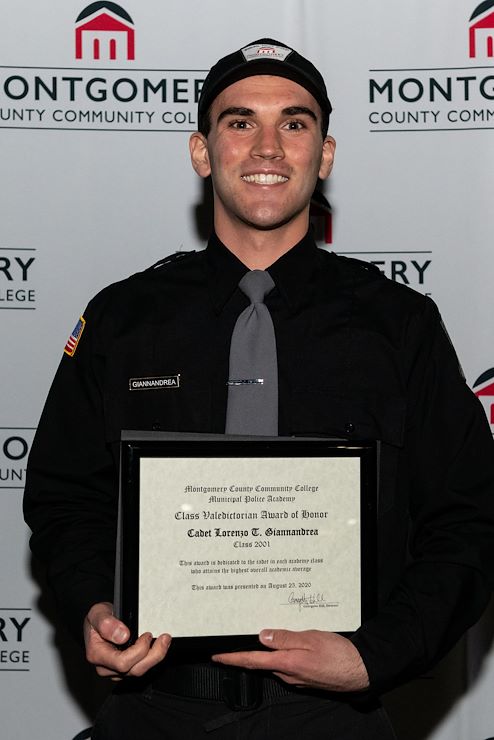 leadership skills. The Sgt. James R. Miller Marksmanship Award was presented to Bryce McMichael, who had a score of 99.6. The Spirit of Distinction award went to two cadets - Jennifer Litwinowicz and Glenn Seymore.

During his remarks, Giannandrea encouraged his classmates to stay positive, reminding them how they overcame the challenges they faced with COVID-19. He ended his speech with a quote from Henry Ford, “When everything seems to be going against you, remember that the airplane takes off against the wind, not with it.” 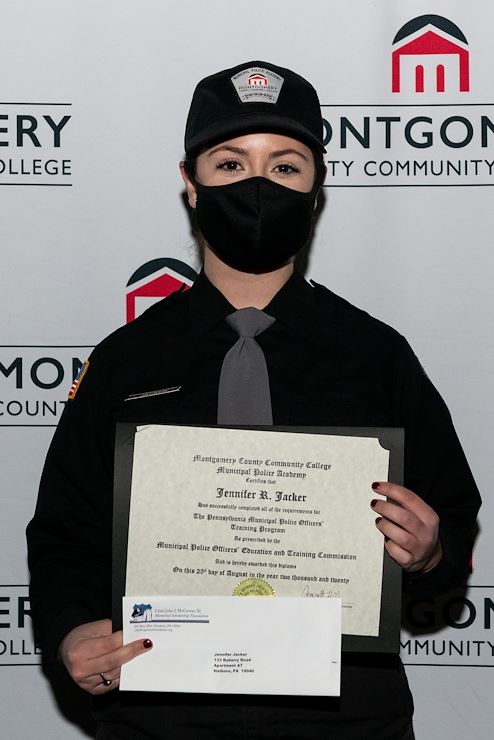 Chief John J. McGowan, III, who died in a motorcycle accident in 2010. The scholarship is awarded annually to a cadet who has completed the program and is financing his or her tuition and has been helpful to many cadets over the years.

Since 1973, the Police Academy has been the training center for more than 3,500 cadets with a consistent graduation rate of more than 90 percent. The 919-hour curriculum allows successful students to articulate up to 15 credit hours toward an associate’s degree in Criminal Justice. The Academy is certified by the Commonwealth of Pennsylvania through the Municipal Police Officers’ Education and Training Commission. Many of the Academy’s alumni serve as officers and in leadership roles throughout Montgomery County and the region. MCCC operates the Municipal Police Academy in the Health Sciences Center at the Blue Bell Campus.