The Black Student Union presented the Pan African Festival 2021 on Friday evening, Feb. 19, via Zoom. This year’s event featured The Blkout Experience hosted by Trill or Not Trill, a leadership institute specializing in culturally responsive leadership.

Kenneth Vargas (DJZeke1) of Swift Studios kicked off the evening with music as participants logged into Zoom and joined the online festival, introducing themselves by sharing their origin stories. 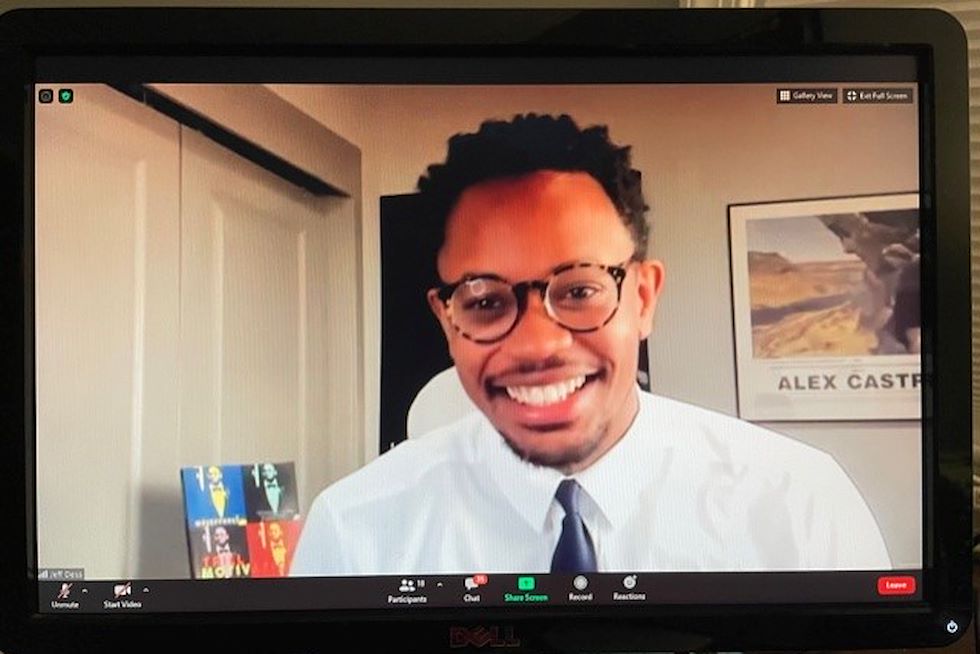 “There is an origin story in all of us,” said co-host Jeff Dess, who shared his story through rapping because hip-hop is a vital part of his culture. “It’s all where we come from, our history.”

Co-host Lenny Williams introduced himself by talking about his family.

“I learned three important lessons from my grandmom,” Williams said. “One, sometimes we’re put in a position to lead. Leadership often is learned on the job.”

The second lesson he learned during Sunday dinners at his grandmom’s house, where everyone gathered.

“Everyone belongs at the table,” he said.

The third lesson he learned developed from the food she shared at the table – the main dish, sides and dessert.

“All food has importance like all voices need to be heard,” Williams said. “When you are at a meeting, you need to decide if you are the main dish or a side, but either way, you belong. Your position at the table can be different at times, too.” 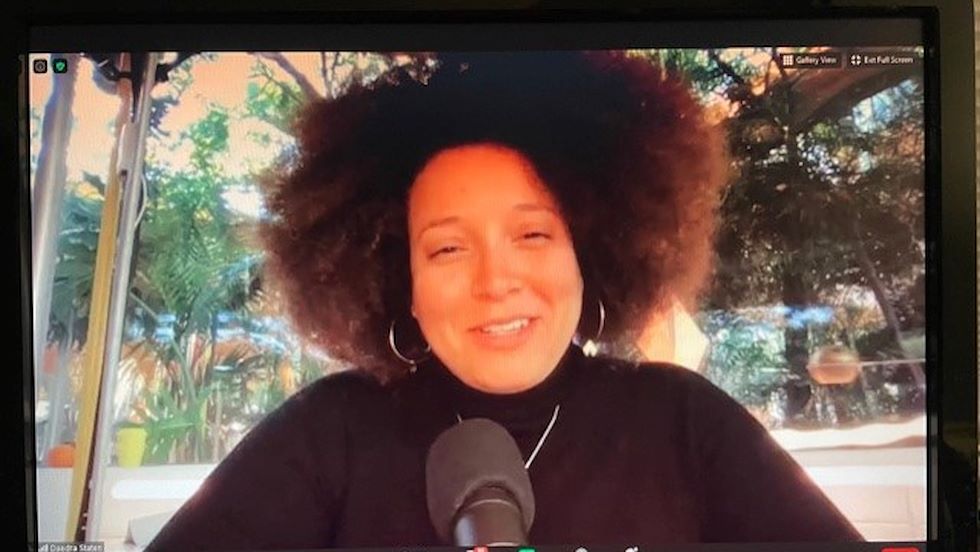 The guest speaker for the evening was Daedra Staten, an attorney, scholar, and founder and Chief Diversity Consultant at SCG Diversity Consulting based in Los Angeles. SCG’s mission is “to provide comprehensive and effective diversity, inclusion, and anti-racism education, training and programming to transform the way you do business,” according to the website.

Staten also is a Pottstown native who is familiar with MCCC since she took the SAT prep course at the Pottstown Campus when she was a teenager.

During the discussion, Staten talked about racism, answering questions from the participants. She explained the difference between racism, which is systemic and long-term and is rooted in oppression, and discrimination, which tends to involve an event.

When asked how white people can be allies with people of color, Staten stressed the importance of education.

“Educate yourself first before you have a conversation. Black people should not be burdened with the task of educating you,” she said. “After you educated yourself, then ask people of color how you can help them.”

After having conversations, the next step is to develop a personal action plan, she said.

“Come up with a personal action plan – something you will do every month that is anti-racist,” she said.

Dess and Staten also stressed the importance of coalition building to bridge gaps, build bridges and help undo racial separation, and developing allyship with people who will take meaningful action to advance inclusion.

As the event concluded, Williams spoke about the importance of recognizing the hidden figures in your life – the people behind-the-scenes who help you get to the next level – and helping others when you can.

“It’s not about the transactions. It’s about how people made you feel and how you make them feel,” he said.

The Black Student Union (BSU) is an organization that advocates the needs of students at the College while empowering, teaching, discussing, and exploring the Black experience. BSU serves as a liaison between students of African descent and other minorities on the campus. The club, led by President Roeshai Ludd and Advisor Durrell Jones, meets every other Thursday. For more information and to join, visit Montco Connect.