The period of American history between the end of the Civil War and the end of World War II represents a time of some of the most heinous acts of violence and oppression against Black people, especially in the Southern states.

As part of the fourth installment of the “Racism in America” series of lectures, Dr. Theresa Napson-Williams, Associate Professor of History at Montgomery County Community College, presented “Abandoned and Violated: African Americans in the Jim Crow South, 1877-1945.”

“Jim Crow helps explain George Floyd, Brianna Taylor,” said Napson-Williams. “It explains why the COVID-19 death rate is three times higher among African Americans than whites. It helps explain the vaccine roll out, the prison industrial complex. There is a real racial reckoning needed in this country.”

In her lecture, Napson-Williams discussed the rise of Jim Crow, a system of segregation and discrimination that took hold in the South after Reconstruction. This lecture illuminated the efficient systems – both dejure and defacto – that were put in place and the Jim Crow policies sought to exclude and dehumanize African Americans as they moved through Southern communities attempting to work, to vote and simply to exist. 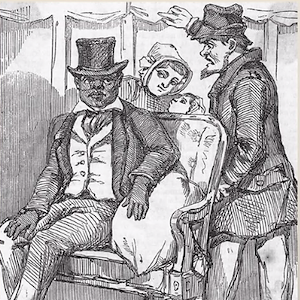 The U.S. Supreme Court decision in the case of Plessy v. Ferguson, for example, legalized segregation for decades.

“If the separation of races makes you feel like you’re wearing a badge of inferiority that’s your problem and you need to get over it,” Napson-Williams said, summarizing the court’s majority opinion. “Basically you are considered socially inferior. The Constitution can’t put you on the same plane.”

In addition, the bodies of African Americans were violated through acts of violence, including lynching, race riots and an unequal justice system. Thousands of men, women and children, accused of crimes, dangled at the end of a rope. Others faced swift injustice in Southern courts. Jim Crow policies ruthlessly perpetuated and enshrined African American subordination throughout most of the 20th century.

“Lynching represents the height of efforts to put Black people in their place,” said Napson-Williams. “We’re going to see a rise in lynchings after Reconstruction and throughout the 20th century.”

Jesse Washington, for example, was lynched in 1916 after he was charged with the murder of a white woman in Texas. 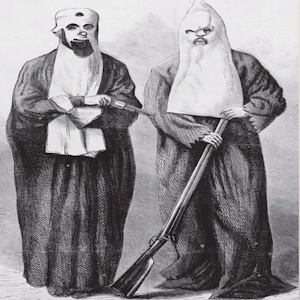 After an all-white, male jury deliberated for four minutes, they found Washington guilty and he was sentenced to death. Rather than wait for his execution though, a mob of about 400 people broke into the courtroom, kidnapped Washington threw a chain around his neck and dragged him through the streets before dousing him in oil and burning him alive.

“Hours later when his body was collected it had been hung in front of local store,” said Napson-Williams. “There were crowds of thousands there to witness a lynching. It was not a secret. It’s not like people didn’t know about it. It was announced in the newspaper. People would travel for miles to witness lynchings. What haunts me are the children in photos smiling as they’re watching the life being drained out of men.”

Napson-Williams ended her lecture by arguing that in some ways the Jim Crow era never truly ended. Laws targeted poor people of color including certain bail provisions, for example, create a system where people are “languishing in jail for years until their trial happens” because they can’t afford bail. 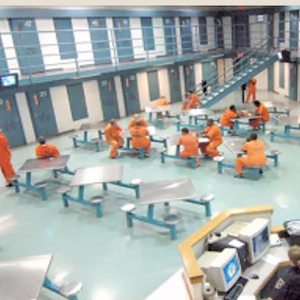 “There was almost a blood lust to execute individuals,” she said. “No president in 120 years had overseen as many federal executions.”

Over 2,150 people have participated in the “Racism in America” series so far, with about 267 viewers on average per lecture and many more watching the recording afterward.

The next session of the “Racism in America” series is titled “What Laws Were Created in the 20th Century that Further Perpetuated Racism and How Do These Laws Still Impact Us Today?” The session will be presented by Lailah Dunbar-Keeys, a social science instructor at the Community College of Philadelphia.

Dunbar-Keeys will delve into how racism was proactively created and how it continues to affect American culture today. By the end of this session, participants will have a better understanding of why these laws were created and how 20th century policies influence our thinking today.

The live program begins online Wednesday, April 14, 2021 at 12:30 p.m. The event is free and open to the community, but registration is required. For more information, email Lively Arts at livelyarts@mc3.edu.

Note: Images are courtesy of Dr. Theresa Napson-Williams from her live presentation.