There is a growing movement in Norristown right now that’s focused on addressing one of its most core issues: improving community literacy. Those behind the push say finding innovative ways to solve this issue can be just the panacea needed for residents to take a step forward in life and ultimately help the town as a whole grow and prosper.

Among those leading the charge is Montgomery County Community College English Professor Monica D’Antonio. She has taught at MCCC for 14 years, focusing mostly on composition and literature courses. Before then, she ran the nonprofit literacy program Hopeworks in Camden, NJ, and then accepted an academic advising and faculty position at Temple University in the College of Liberal Arts.

As a Norristown School Board elected official, who wears many other hats in the community, including political action chair of the Greater Norristown NAACP, D’Antonio is among many in her community who have seen firsthand the scope of the literacy problem and what a difference it would bring if more was done to fix it.

One Book One Norristown 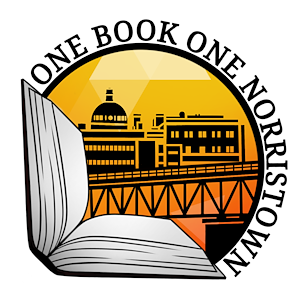 That’s why D’Antonio is in the process of launching the One Book One Norristown literacy project. Developed by the Greater Norristown NAACP, the Literacy Council of Norristown, and the Montgomery County-Norristown Public Library, the project is “aimed at improving literacy (i.e. critical thinking, reading, and writing; aesthetic literacy; historical literacy; civics/voting literacy) and civic engagement in the Norristown area. This initiative is similar to the One Book One Philadelphia concept but with a more community-based, social justice perspective,” according to its website. The project is set to kick off Saturday, Sept. 24, and extend through December.

D’Antonio was awarded a $16,000 Pennsylvania Humanities Grant through the American Rescue Plan to support a community literacy project. She is also taking a sabbatical from MCCC to focus on the effort full time this fall.

In One Book One Norristown, the leadership team pitches an author and one of their books for the entire adult community to read together and perform different activities related to the book over the course of several months.

Philadelphia author and University of Pennsylvania Professor Lorene Cary agreed to be the keynote speaker for the kickoff event, and her novel “The Price of a Child,” about a woman newly freed from slavery, who has to find a way to purchase her enslaved child’s freedom, will serve as the primary community read. The team selected Cary as it’s featured first author, given her ties to the Philadelphia community and because she was the first author chosen 20 years ago by the One Book One Philadelphia project. For younger readers, One Book One Norristown would incorporate Cary’s book “Free!” in the curriculum of local elementary schools. The book chronicles the great escapes previously enslaved people made on the Underground Railroad,.

“It was perfect,” said D’Antonio. “It brings Lorene back into the zeitgeist.”

A big catalyst to the One Book One Norristown project came from people like D’Antonio, who would canvass neighborhoods in Norristown to register residents to vote or host workshops about the importance of running for office and face resistance from residents who didn’t want to talk about politics.

“Even though it is a huge part of why our schools are not funded, why we don’t have good community resources in Norristown, a lot of that is because of politics,” she said. “But we realized that’s not the in. People don’t want that moment at the door to be about politics when you’re talking to them.”

That’s when D’Antonio turned to the past to find the answer for the future. In her research, she discovered literacy circles that started forming across communities in the 19th century among enslaved and newly freed people and abolitionists in local churches. People would come together to read and then discuss various types of literature as a group. As a result, members of the circles gained an interest and began to engage in civic life. Many members became new abolitionists. D’Antonio realized that by launching a similar effort may have the same desired effect among residents in Norristown today.

A large portion of Norristown’s population is Latinx, meaning in addition to translating its materials into Spanish, the One Book One Norristown project would have to find common ground between the African American and Latinx communities. D’Antonio said they found a through line between describing the horrors of slavery in the 19th century, with images of family separation and the exploitation of labor among Latinx communities today.

“What is the law around human dignity?” said D’Antonio. “It’s about people seeking refuge from horrible situations.”

Church groups across town will also play a role in the project by talking about the ways churches were part of the abolitionist movement. Likewise, the Norristown Area School District will add Cary’s books to its curriculum for students to study in the classroom. The project will culminating with a visit from Cary in December. D’Antonio hopes her colleagues at MCCC will take the project on in their classrooms while she’s away on sabbatical to help expand the project’s reach beyond Norristown’s borders and reach students at the College.

Beyond increasing literacy among residents through shared reading experiences, the One Book One Norristown project is a boon for the town in other ways too. The project demonstrates why community members shouldn’t have to visit a major city to feel a part of a cultural experience.

“Norristown is bringing culture in,” said D’Antonio. “We have Theater Horizon here, we have the Centre Theater. And now we’re bringing One Book and an acclaimed author to the town. There’s a growing movement here for culture and art, which I think is awesome and we want to really piggyback on that.”

Further, the One Book One Norristown project is a tool to show residents they and the town aren’t being left behind.

D’Antonio said watching this project grow and evolve into what it’s already become today has been nothing short of astounding.

“It’s grown beyond what I thought was capable,” she said. “It started as an idea for a book club and that seed blossomed into this really growing movement in Norristown and the surrounding areas. It’s really exciting.”