When Montgomery County Community College Computer Science instructor and part-time filmmaker Jill Frechie first visited the Kensington section of Philadelphia in 2018 for a film assignment, she could not believe the extensive opioid epidemic that exists.

Wearing thick-soled shoes to avoid being stuck by discarded needles, she saw people openly injecting themselves. Others were high, leaning against buildings, or were passed out, lying on the sidewalks. She witnessed prostitutes trying to earn enough money for their next doses. She saw many homeless people struggling to live in makeshift tents. 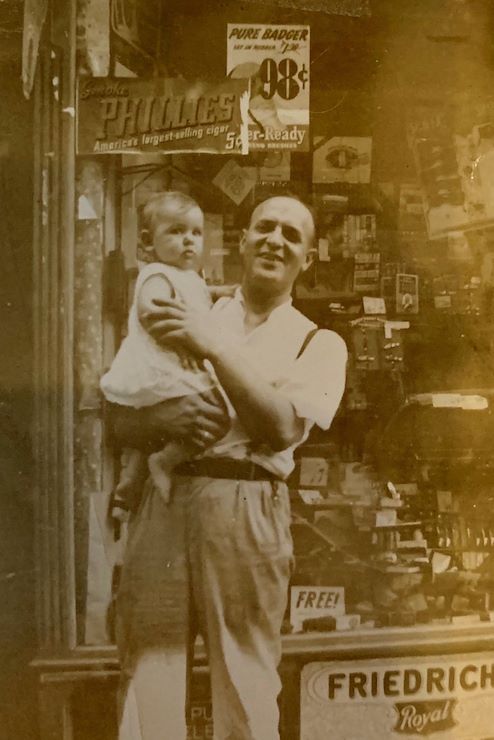 This did not look like the neighborhood where her grandfather once owned a cigar shop or a place where families would want to raise their children.

Before she visited the area, Frechie was warned by her students at MCCC about the dire situation.

“When I told my class what I was doing, one student jumped up and told me not to go there because of the drug addicts and the needles,” said Frechie.

What she discovered was much worse than her expectations, which is why she felt compelled to return and do more. For the next year, Frechie, a Gladwyne resident, and her colleague, filmmaker John Ricciutti, of Radnor, voluntarily spent more than 500 hours of their time filming the crisis.

During the filming, they conducted interviews of more than 40 people, including the victims of addiction, area residents, police, Philadelphia Mayor Jim Kenney, SEPTA officials, psychology experts, and many others to create their documentary, “Kensington in Crisis.”

“We want our film to show what is happening in Kensington so we can help people,” Frechie said. “It is so horribly sad to see people struggling with addictions and mental illnesses. Our goal is to help save lives. We want to make more people aware of the situation, open up the conversation and help to remove the stigma around addiction and mental illness.”

Frechie and Ricciutti will be premiering “Kensington in Crisis” on Saturday, Jan. 18, at 3 p.m. in MCCC’s Parkhouse Hall Atrium, Central Campus, 340 DeKalb Pike, Blue Bell. The showing is free and open to the community. Due to the graphic subject matter, attendees must be 18 years or older. 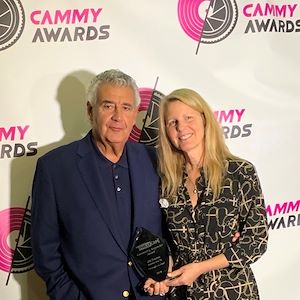 The full documentary was edited by Isaac Mell, a Temple University graduate, who spent more than 300 hours editing the film. The Powell Foundation - Jon Powell division was a major contributor of the project.

Frechie, who has been teaching computer science courses at MCCC for more than 25 years, credits MCCC’s Mass Media – Production Program for teaching her filmmaking skills and how to create a story on camera.

“My students use video clips in their PowerPoint assignments, which is a great way to incorporate storytelling into their projects that resonates with viewers,” said Frechie, who is a content/TV provider for Main Line Television, which airs on PhillyCam and MainLineTV.org, and a board member of Lower Merion & Narberth Public Access Television, a non-profit organization. “I wanted to learn how to create videos and started taking classes here, which helped me to launch a second career in filmmaking.”

Frechie’s passion and flare for storytelling has earned her several recognitions. In 2018, she received a Telly award for a three-minute film, “Seated Tap Dance.” The film shows how Frechie’s mother, Ruth Pillet, taught senior citizens at the PALM Center in Ardmore how to tap dance while sitting in chairs, helping them to learn a new skill and have fun, while overcoming their ambulatory challenges.

Frechie met Ricciutti while working on film projects, and together they received a Telly award for their interview of a Vietnam veteran, “Rescue at Cau Song Be.”

Ricciutti is an independent producer and retired SEPTA executive and has done many interviews and films, winning an Emmy and two Telly Awards for a documentary that he co-produced titled "SEPTA in Motion."

In October 2018, Frechie and Ricciutti were asked to shoot footage in Kensington for 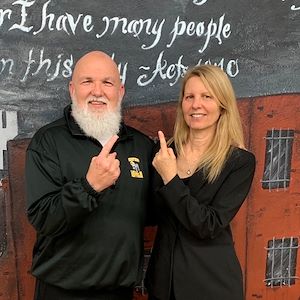 Buddy Osborn, the senior pastor of the Rock-Calvary Chapel of Kensington and the founder of Rock Ministries in of Philadelphia. Osborn was volunteering to feed children in need in the area.

That initial assignment and visit to Kensington propelled their yearlong independent project to film and spread awareness of the opioid crisis.

“There are glimmers of hope for Kensington,” said Frechie, describing efforts to clean up the streets, fix up the park and fundraising for a new sports center. “But there are more than 700 people who are homeless, and there is a need for long-term housing. Recovery takes a long time. Someone with an addiction does not go to rehab one time. It may take several visits, but recovery is possible.”

Frechie and Ricciutti plan to share their documentary publically in various venues to help raise awareness and find solutions.

Learn more about the documentary and the opioid crisis in Frechie's and Ricciutti's interview with CBS3 Philly.