When the pandemic hit, Samantha Raymond was midway through her second semester of sophomore year at Tufts University. With the world shut down for the foreseeable future, she was left with a number of options but no clear choice on what to do with her life or her education next.

“I debated taking a semester off,” she said after returning home to Bala Cynwyd. “I wasn’t sure what to do in the fall. I knew I wanted to stay home and stay safe.”

That’s when Tufts, the prestigious research university based a few miles outside downtown Boston, said it would begin accepting credits from community colleges. The 21-year-old figured taking online courses at Montgomery County Community College would be a perfectly easy way to continue her education safely until life got back to normal.

Yet little did she know that the education she was about to obtain at MCCC would also include a deep introspection of her own privileged, elitist attitudes about higher education and a reaffirmation about the importance of empathy. She would ultimately go on to share the lessons she learned with the world in a blog she wrote for the website “Great College Advice” titled “Community College vs. University: A Personal Educational Discovery.”

“My elitism was showing” 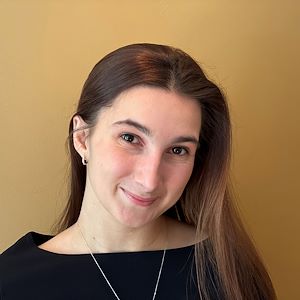 Raymond, an international relations major with a concentration in trade economics who minors in French, grew up on the Main Line and attended Harriton Senior High School in Lower Merion. Education has always been an incredibly important aspect of her life and something she took very seriously. In high school, it wasn’t uncommon for her to routinely pull all-nighters doing homework or working on a project for an extracurricular activity. Her main focus was to do what was necessary to give her the best chance at acceptance to a premier four-year institution.

“I was committed to succeeding and getting into what is known as a good college,” she said. “I was under the impression if I didn’t go to Tufts or a comparable school, my life would be ruined.”

Community college, meanwhile, was considered beneath her, at least at first.

When she ultimately got into Tufts, not only was she proud of her achievement, but she also appreciated the social benefit she felt came with telling others she went to the school.

“My elitism was showing,” wrote Raymond in her blog.

That’s why when it came time to begin registering for classes at MCCC, she was excited. Primarily because this was the first time since elementary school where she had the freedom to choose any classes she wanted without the obligation of fulfilling requirements for graduation or her major. She was just looking to earn college credits.

She also assumed the courses wouldn’t be challenging.

“It made me question my belief system,” she said. “I remember talking to my parents about Montco. I said ‘I’ll probably do well since it’s not as hard to get into. It will probably be easier.’ I’m mad at myself because I substantially underestimated the difficulty of the courses.”

Last fall, when she started her first day at MCCC online, Raymond kept a journal of her thoughts and feelings. Her interactions with faculty members, for example, helped her feel welcome and appreciated.

“This is such an exciting, different experience,” she said. “I was nervous going in that I wouldn’t meet anyone because my classes were virtual. My first impression was absolutely amazing. I started with Spanish where my professor was so welcoming and kind to us. She took the time on day one to get to know us, which made us get to know each other. It was so valuable for me.”

Her time in the virtual classroom opened her eyes to the breadth and depth of experiences and intelligence of her classmates.

“I hate to admit it, but I assumed that my peers at community college would not be very smart,” she wrote in her blog. “And again, I was completely wrong.”

One student in her Introduction to Homeland Security class served as a firefighter and taught the class via online discussion boards all about how the Federal Emergency Management Agency (FEMA) affects the everyday men and women who put their lives on the line in an emergency.

Another student in her Spanish class, she said, was an immigrant who spoke French and taught her all about her home country.

“I also learned that people juggle so many different things in their lives,” said Raymond. “I’m from a privileged part of society where I don’t have to work two jobs and I’m not going back to school after having kids or a career. It’s the anecdotes people add that aren’t subject to the material that are the most interesting to me. For instance, when someone says, ‘After my second shift at work, I did the Bio lab etc.’ Or there was a retiree who talked about the time he served on a jury and what it was like for him. Most of my peers don’t know what it’s like to serve on a jury! I was exposed to so many people from all different paths of life, which taught me so much.”

Practice what you preach

Humbled by what she had already learned from her brief time at MCCC, Raymond took to Facebook to share a micro-version of what would eventually become her blog post. The reaction was overwhelmingly positive.

“People in comments reached out and were like ‘I’m so glad you said that. I never looked at it that way,’” she said. “Or, ‘No one made me feel community college was an acceptable option for me.’ I want guidance and admissions counselors to be able to say ‘we’ve heard from someone who got into a dream school and this is what she thinks of community college. This is why it’s a good option.’ Even if it’s not for you, don’t look down on people that go there.”

In addition to championing community colleges, Raymond finds other ways to give back. She is passionate about her volunteer work with Best Buddies, a nonprofit organization that creates opportunities for one-to-one friendships, integrated employment, leadership development, and inclusive living for individuals with intellectual and developmental disabilities; Unreasonable Kids College, which trains students to tackle the problems of the world like poverty, environmental “influences”, and other issues of his or her interest; and Matriculate, which empowers high-achieving, low-income high school students to make the leap to the best colleges and universities.

When she heads back to Tufts in the fall, Raymond says she hopes to continue changing the hearts and minds of her peers about their beliefs about higher education.

“I want Tufts students to be more aware of what it means to say negative things about other institutions or intelligence,” she said.

In addition, she’ll continue waving her Mustang flag for all to see. She visited the Blue Bell campus for the first time in February and was over the moon. She wants others to have that same experience and hopes they will give the College a chance, based on what she’s written.

“I hope that people see this and learn,” she said. “Whether they see this and say I need to go to Montco, or not -- I want people to appreciate Montco for how amazing it is.”